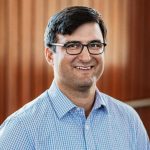 From June 19-23, I was able to participate in our denomination’s annual business and worship gathering, called the General Assembly, in Birmingham, Alabama, where we heard reports from our denominational committees and agencies and voted on various requests (which are called “overtures”) from presbyteries. (For those who are new to or unfamiliar with the PCA or the way our system of government works, this might be helpful.)

Believe it or not, General Assembly is one of my favorite times of the year. While the business portion can be exhausting, reconnecting with friends and seminary classmates is sweet and the worship times are beautiful (imagine 4000 people in a room singing “Arise, My Soul, Arise” at the top of their lungs and being fed with some of the best preaching in the PCA). Not to mention, exploring the food options in a new city is always very fun. For those who are unfamiliar with Birmingham, I would highly recommend it for its culinary and beverage offerings, its Civil Rights history, and its affordability as a mid-sized city.

I’ll try not to bore you with too many details, but I would like to highlight a few of the major actions that took place throughout the week:

Last but not least, I stayed an extra day in Birmingham to celebrate the marriage of Jackson Cole to Anna Hogewood. Jackson was one of our Summer 2021 interns and recently graduated from Wake Forest. He is now off to begin an RUF internship at UNC Chapel Hill (more information here).

I’d be remiss if I didn’t thank you, Hope Church, as your financial support enables me to attend the General Assembly each year. I’m so grateful for your generosity and consider it an honor to be one of Hope’s representatives for our denomination.

If you would like to read a full list of actions of the PCA’s 49th General Assembly, you can do so here.)