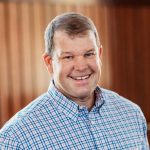 I have enjoyed a wealth of conversations and meetings with Hope members and people in our orbit this week. Without fail, I enjoy, learn from, and savor those precious times of catching up, being present, and trying to attend to what God is at work doing in our lives.

As you can imagine the recurrent themes are somewhat predictable yet in no way less lamentable or pressing: exhaustion, frustration, anger, confusion, division, and questions.

While I cannot pretend to offer a simple solution or several bullet points for a way forward in the midst of it all, I offer a few nuggets of wisdom that have helped me frame a response to the exhaustion, confusion, division, and anger that so readily springs up in my own life. I invite you to try them on for size:

The People We Live With:
“It may be possible for each to think too much of his own potential glory hereafter; it is hardly possible for him to think too often or too deeply about that of his neighbor. The load, or weight, or burden of my neighbor’s glory should be laid daily on my back, a load so heavy that only humility can carry it, and the backs of the proud will be broken. It is a serious thing to live in a society of possible gods and goddesses, to remember that the dullest and most uninteresting person you talk to may one day be a creature which, if you saw it now, you would be strongly tempted to worship, or else be a horror and a corruption such as you now meet, if at all, only in a nightmare. All day long we are, in some degree, helping each other to one or other of these destinations. It is in light of these overwhelming possibilities, it is with the awe and circumspection proper to them, that we should conduct all our dealings with one another, all friendships, all loves, all play, all politics.  There are no ordinary people. You have never talked to a mere mortal. Nations, cultures, arts, civilization – these are mortal, and their life is to ours as the life of a gnat. But it is immortals who we joke with, work with, marry, snub, and exploit – immortal horrors or everlasting splendors.” C. S. Lewis – “The Weight of Glory”

What if I treated my sin as the biggest problem I face?
“If two spouses each say, ‘I’m going to treat my self-centeredness as the main problem in the marriage,’ you have the prospect of a truly great marriage.” Timothy Keller and Kathy Keller, The Meaning of Marriage

What if I let curiosity guide me rather than judgments?
“There’s only one way to come to understand the other person’s story, and that’s by being curious. Instead of asking yourself, ‘How can they think that? !’ ask yourself, ‘I wonder what information they have that I don’t?’ Instead of asking, ‘How can they be so irrational?’ ask, ‘How might they see the world such that their view makes sense?’ Certainty locks us out of their story; curiosity lets us in.” Douglas Stone, Bruce Patton, Sheila Heen, Difficult Conversation

I look forward to gathering in God’s presence as his people on Sunday to humble ourselves and ask for his help in our exhaustion, frustration, confusion, and divisions.