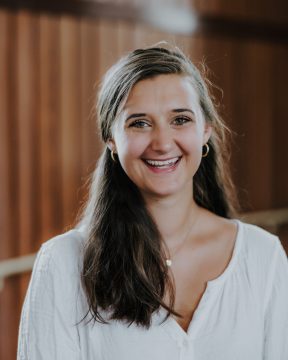 Although not originally from here, Anna was raised in Winston-Salem and has great love for the city and its people. She Attended Wheaton College (IL) where she studied Christian Formation and Ministry along with art classes whenever possible. Prior to joining the staff here at Hope Church, Anna worked for a local bakery – something which encouraged and grew her sense of creativity. Desiring to be in a role where she gets to interact with and bless/serve others, she prayed God would show her what He had next, and He opened the door for her to serve at Hope!

During her time off, Anna enjoys spending time with family and friends, baking, almost anything artistic and travelling.